So many things have happened this week!

Lunes: We had Family Home Evening with a family in our ward where they shared the lesson and read part of Doctrine of Salvation in a section where it talks about how Christ is our mediator with the Father. It rocks and I invite you all to study the word Mediator in your scripture study this week because it was bomb!

Martes: Helped an 88-year-old convert named Raquel write her first talk for sacrament meeting! She was waaaaaaaaaaaaaaaay nervous and begged us not to make her do it haha but in the end she was really excited and did a great job on Sunday! Then at night we visited Ronald. He's reaaaaaaaaaaaaally into chess and wanted us to learn, so first we taught him about the Godhead and related it to chess: just like each chess piece has its specific movements, God, Jesus Christ, and the Holy Ghost have certain responsabilities and functions. Even though they're three separate beings, they have one purpose "to bring to pass the immortality and eternal life of man" just like all of the pieces in chess work together to reach the same end goal in mind. Then we played a game of chess and totally kicked his butt! (But it was two against one so I think that's why...)
Also, when you look for members on the ward list and find their house like this...oh. 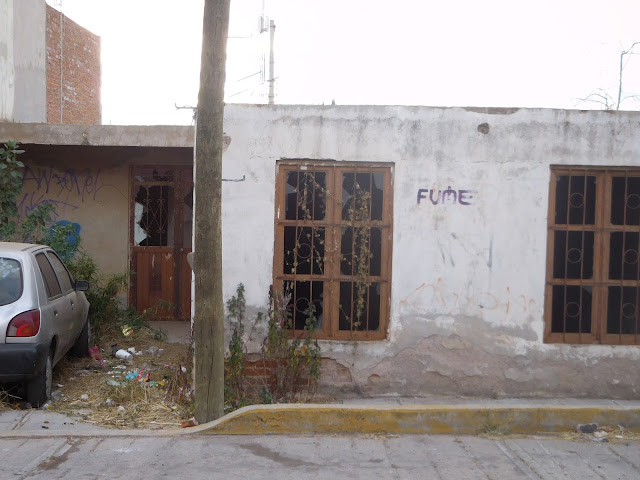 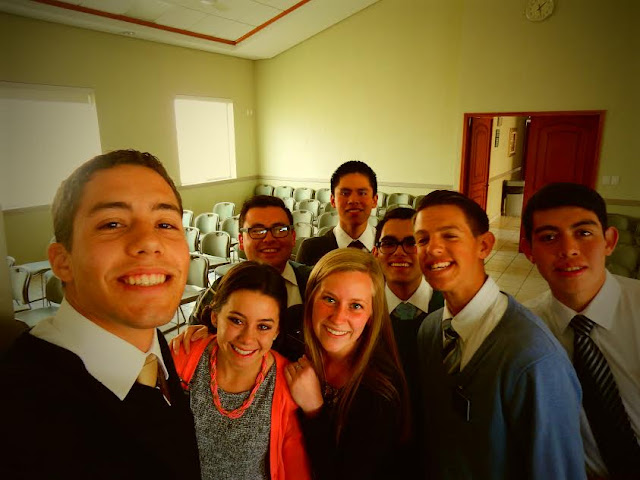 and a #casual bathroom selfie haha. 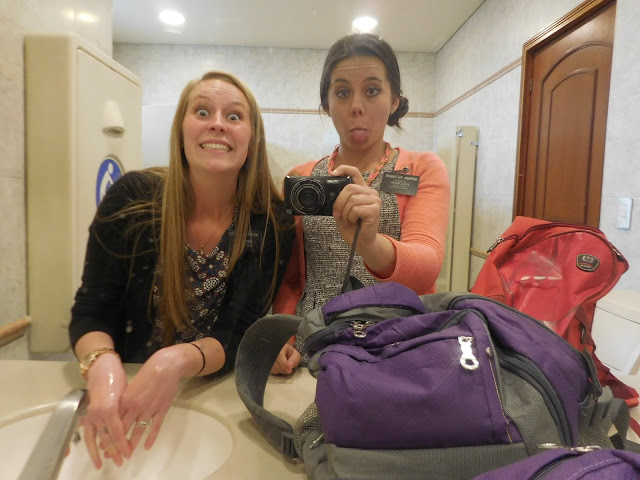 Later we had tacos for lunch (did I mention I love tacos and everyone needs to try real Mexican tacos?????????) and went to visit a recent convert and her cute little cousins and a few less-actives we hadn't seen in a long time.

Jueves: Weekly planning in the morning, then went to eat with a sister who is CRAZY. Like, awesome crazy haha she's a cute little grandma who talks for hours on end and doesn't let us leave her house without our pockets full of candy and just rocks. We had never visited her before so it was way fun to get to know her! Then we had a few meetings in the evening then headed home. My comp and I have have been feeling like there's a whole lot of nothing in our area lately and realized that we've been complaining like..a lot. SOOOOOOO, we were reading in the Liahona and were SO INSPIRED by the article about President Hinckley that we started a thankful flower on our wall (it's like a Thanksgiving thankful tree where you write something you're thankful for on every leaf, but we're doing it with flower petals made from glittery foamy paper haha) and it's been THE BEST. I don't have a picture of it but I do have pictures of a few other things I'm grateful for:
our new heater so we don't freeze to death at night 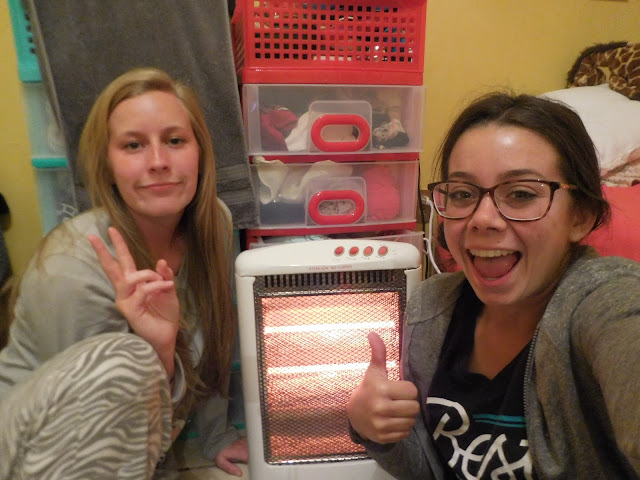 hot chocolate and the pajamas Hna. Caldwell and Hna. McConaghie gave me for Christmas! 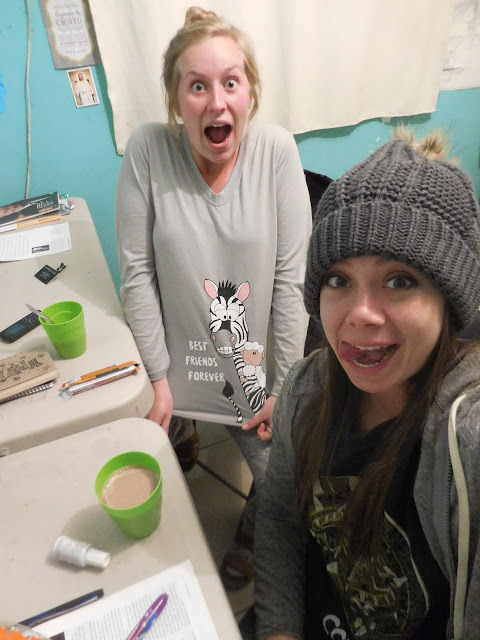 Also, always remember the wise words of Pres. Hinckley, "It will all work out!"
​
Viernes: Exchanges! With Hna. Machado (Hna. Caldwell's companion)! It was SO COLD and SO WINDY that the wind literally almost knocked her over haha. But we went to the church for a meeting and afterwards they gave us Little Caesar's so that ROCKED and we visited some cool people! 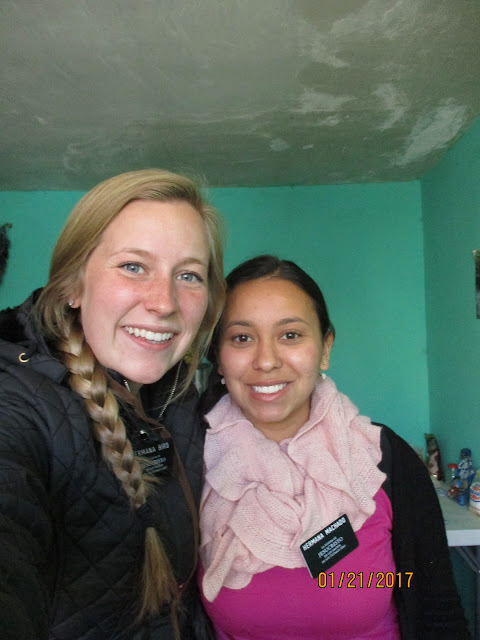 Domingo: Ronald came to church again! Aaaaaaaaaaaaand as we were out visiting people we passed a guy sitting outside of his house looking really sad and chugging his beer bottle. We went to knock on the door of the people we were looking for but they weren't home and as we headed back he said "Hermanas! Vénganse!" Now, normally when a drunk guy starts talking to us, we ignore him, but my compa told me that a member had told her that he was a former investigator. He started talking to us about how sad he was and how he wanted us to talk to his wife. We told him we could come back another day when he was sober and left a pass along card with our appointment information on it. Just as we were about to leave we began to testify that although he may find temporary comfort in alcohol, the REAL, ETERNAL happiness he's looking for can only be found in the gospel of Jesus Christ. I was feeling really gutsy in that moment (and the Spirit didn't tell me not to do it haha) so I asked him what he was gonna do with all of the beer that he still had in his bottle. He said he didn't know. We asked him if he was going to drink it and he said no. I told him that if he wasn't going to drink it, it would be better to just go ahead and get rid of it, so he went over to the bottle, poured it all out, and threw the bottle away. Later that night we visited the member that knows him and learned a little bit more about his past and found out he had gone to church with us before and really wants changes in his life. Hopefully I'll have more to share on him the coming week!

Hoy: Well, today I washed my clothes for the first time since 2016. :) HAhahah to explain, it's a struggle in almost every area of the mission to find a place to wash our clothes. Normally some members let us wash with them but we haven't been able to make that work out since last year haha so we've been washing what we needed by hand but TODAY WE HAD A WASHING MACHINE AND IT WAS SO GREAT. Andddddddddd we hiked the Bufa! Here are some of my favorite pictures of the day. 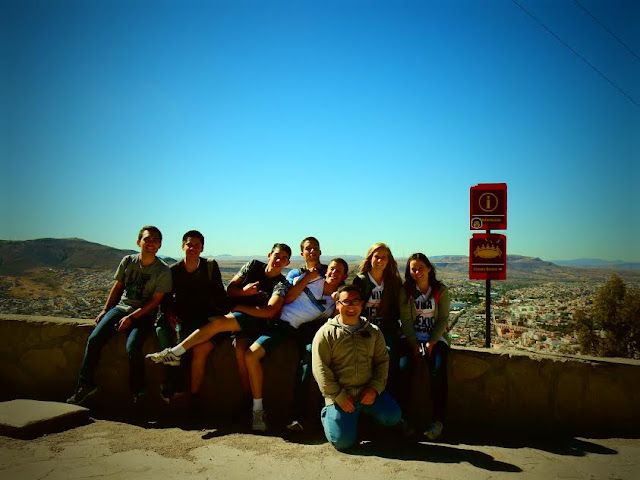 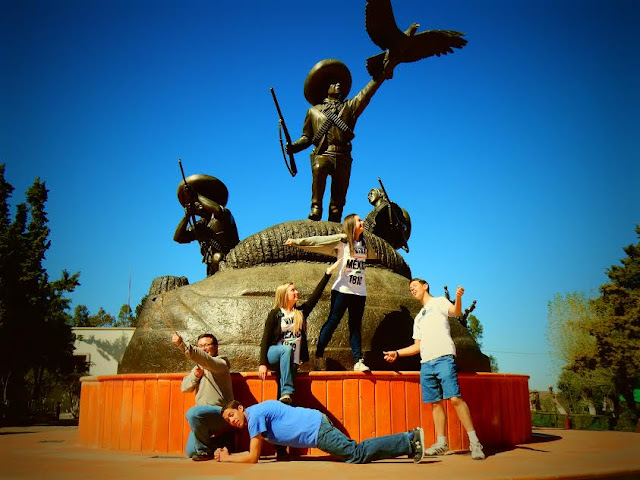 ​
Love you all heaps and hope you have a fantastic week!!!
Hermana Bird

P.S. Our attempt at heel-clicking, Kenzie you would be proud! 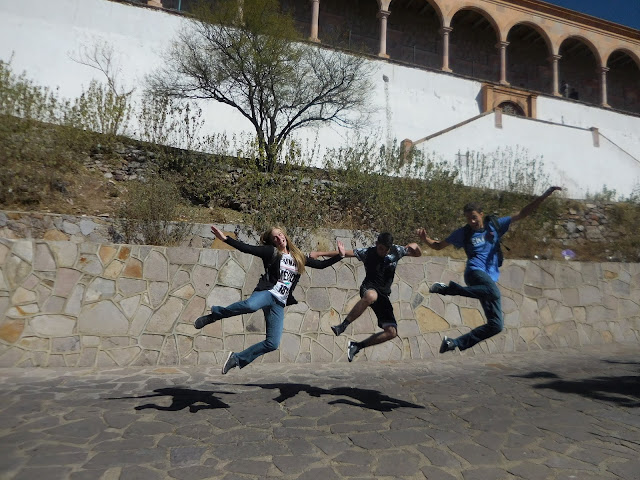 Send Hermana Bird a letter through the pouch with a first class US stamp!

Instructions on using pouch mail from the official source:

Only the following items may be sent through the pouch:

Note: Letters sent in any other manner will be returned to the sender.
Use this address:
Hermana Kendall Bird
Mexico Aguascalientes Mission
P.O. Box 30150
Salt Lake City, UT 84130-1050

For anything that can't go through the pouch, use this address:

The mission office recommends USPS for packages. There have been problems with other carriers.

Type in your email below to receive Hermana Bird's updates